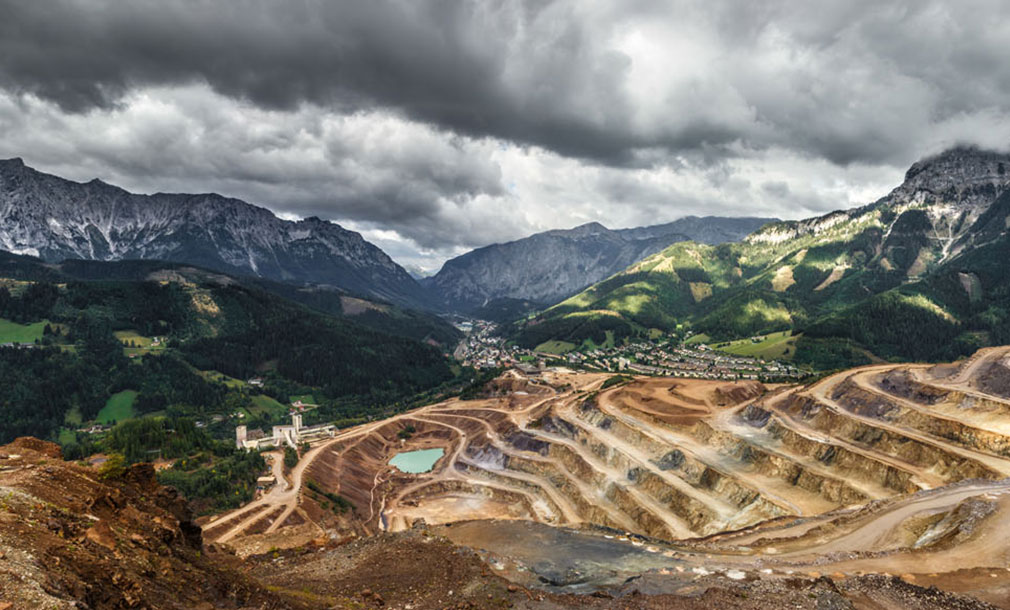 Have you ever wondered about geology of diamonds? Diamonds are made of carbon and their hardness lies in their very tight atomic lattice. Diamonds crystallize in a cubic system and usually form as an octahedron with eight surfaces. And sometimes as a rombic dodecahedron with twelve surfaces, or a cube with six surfaces.What we know about the conditions in which diamonds are created, are approximate theories from experimentation on the production of synthetic diamonds. According to the best known theory about geology of diamonds, diamonds form in cooling liquid magma at an initial temperature of about 1300° centigrade and at a pressure of about 70.000 atm. Such heat and pressure only occur at depths of 130 to 200 km below the earths surface in active volcanoes.

Because the chemical composition of magma is not always the same, two type of diamonds exist. Type 1 where Nitrogen was incorporated in the atomic lattice and Type 2 without Nitrogen. When temperature and pressure are unstable during the formation of the diamond, it creates irregularities and malformations such as twin layers or growth layers.

During their crystallization, if diamonds are not exposed to air at 1200° C for rapid cooling and reduction in pressure, they decompose into graphite. This tells us that diamonds come to the earth’s surface through violent volcanic eruptions. The volcanic tuff rock that conveyed diamonds to he surface of earth and in which they are found is called kimberlite. Earth’s volcanic chimneys, or like the miners call them “pipes”, are 100 million to 1.2 billion years old. Such violent eruptions no longer happen today.

As the old continents parted and reassembled to form new landmasses, these pipes were distributed through the world. Today, sharing 80% of the world’s diamond production, the largest producers are Australia, Zaire, Botswana, South Africa, Russia, Namibia and Angola.

There are different types of deposits important for the geology of diamonds. Primary deposits are the kimberlite chimneys through which diamond were conveyed up to the surface of earth. These deposits are mined using complex invasive industrial technology that is very unfriendly to the environment. Secondary deposit are those places to which diamonds got carried away through fluvial, marine or aeolian transport when kimberlite decomposed and broke down. Because of their heaviness, specific gravity of 3.52, diamonds are mostly deposited in slow current waters. Those diamonds are called “alluvial”. Sometimes diamonds are moved again into tertiary, quaternary deposits. These diamonds can be mined in an artisanal way, with full respect for nature.