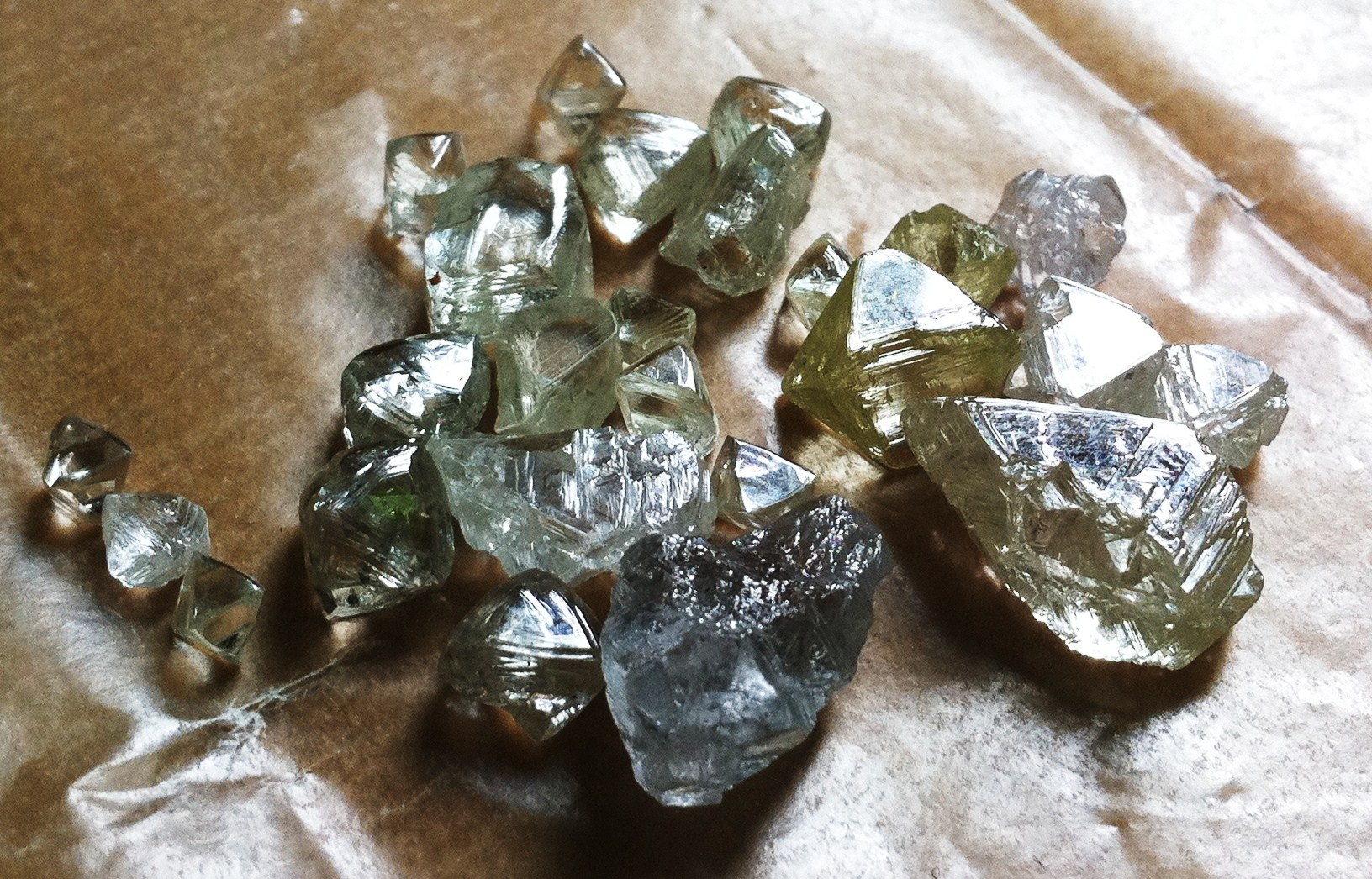 As you may have guessed from the mining articles up to this point, diamond mining means many different things to many different people. There is more than one way to get a raw diamond out of the earth – and different diamonds require different methods. However, diamond companies often specialize in one particular method as well, and GD Paris is no exception. We’ll explore that more in depth, but before that, let’s discuss how some different mining methods affect the earth.

Open-Pit Mining
As we have mentioned before, open-pit mining is very serious business. Some of the biggest diamond mining operations in the world – De Beers and Alrosa, to name two – use open-pit mines. There is a certain financial practicality that comes with the open-mine operation; when there is a big hole in the ground, accessing the layers of rock hidden beneath is no mystery. Large amount of rock can be dredged up quickly and relatively safer for workers, and both of those things are appealing to a mining operation for obvious reasons.

However, there is a price: a geological one. One only has to observe the massive size of the open-pits involved to start becoming aware of these potential drawbacks. ProtectEcuador.org brings up an excellent point when it raises the question of what the topography looked like at the location of an open-pit mine prior to the digging of the pit – thus revealing that there is simply no way of knowing at glance, because it’s long gone. Whatever wildlife or vegetation may have occupied that space prior to the arrival of the mining crew has either perished or moved on.

Naturally, open-pit mining requires immense amounts of machinery – there is simply no way human hands and small tools can dig a pit in the earth hundreds of feet deep at a rate conducive to making a profit and meeting industry demand. The machinery used in an industrial mining operation relies on fossil fuels, which must also be extracted from the earth in invasive ways. As these fuels are burned, they contribute to the pollution in the earth’s atmosphere.
Finally, there is also the question of what happens to the massive amounts of dirt and rock that have been excavated after the tiny percentage of it that turns out to be diamond is removed. There are some initiatives to move it back into pits, but this is a large and costly operation as well.

Artisanal Mining
While the majority of the world’s diamonds are still mined industrially, there are also initiatives to mine in different, less ecologically-invasive ways.
In previous articles, we have mentioned alluvial mining – the process by which diamonds that have already been somewhat “excavated” by the earth’s natural processes are removed from where they have been scattered, usually by rivers. Smaller tools and more hands-on work can perform these tasks, and this is why this is often the method of choice of smaller companies.

There are many differences between alluvial mining and open-pit mining, and one major one is the area over which the diamonds are distributed. When diamonds are “locked” in rock, so to speak, they are kept in one place for millions of years at a time. However, when geological processes disrupt this and rocks are eroded over the course of many years, diamond-containing stone is scattered over large distances. There is no possible way to “zoom in” on a small area where diamond is located and make it a priority to excavate this ground. Part of the effort is in the search itself. Because of this, more manpower is necessary – while industrial diamond mining provides the income for 7 million people worldwide, artisanal mining provides the income for closer to 100 million (worldbank.org).

GD Paris
GD Paris and HRD Antwerp are proud to fall into the latter category of diamond miners – which, as it happens, is growing quickly. According to worldbank.org, it now occurs in approximately 80 countries worldwide and provides up to 20% of the diamonds now on the market.
As we state on the GD Paris website, our philosophy is simple: buy rough diamonds supporting small local producers in Africa and South America who use traditional, non-invasive manual techniques of extraction. All our diamonds have conflict-free, traceable origins – to this end, we adhere to the internationally-renowned Kimberley Process, ensuring that exploitation plays no part in our jewelry.

Your GD Paris diamond did not have its origins in a huge lot of diamonds purchased from an industrial giant – it was purchased from a small operation that takes special care in the acquisition of its diamonds, using manual tools operated by individuals who are, in turn, benefitting financially from the effort they put in to mining the diamonds. Alluvial diamond mining aligns with our principles not only because of its lack of negative effects on the environment, but also because of its individualized, small-output approach. From the moment each diamond comes out of the earth, it is processed by individuals and handed over to other individuals, all of whom take care to maintain its quality.

The care taken in harvesting the diamonds for GD Paris carries over to the care taken in selecting them and making them into keepsakes. This, in turn, carries over to the pride we take in displaying our pieces and developing relationships with our customers.
Take a look at the products we have to offer and you’ll see it confirmed – GD Paris is no ordinary diamond store!