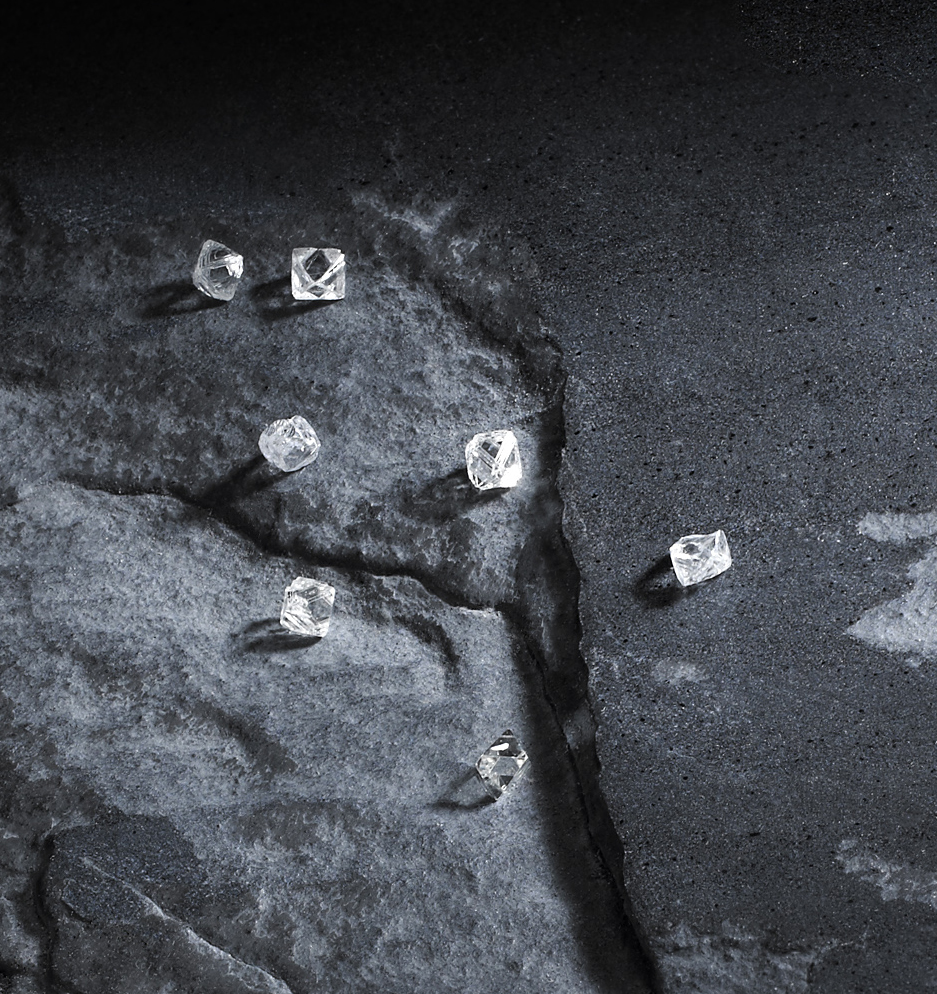 Here at GD Paris, we are continually expressing our commitment to helping you “dig deeper” into the origin of your diamonds. In this edition of our mining series, we will pay a literary visit to the most common countries of origin of diamonds – including important details like how their unique geological features helped them to achieve this distinction. So, without any further ado…

Where do my diamonds come from?
As we have discussed in the last two articles in this series, diamonds don’t occur just anywhere. After all, if they did, they wouldn’t be quite so precious! Rather, it takes a special set of geological circumstances to develop a diamond cache, and those circumstances are more likely to occur in places meeting particular criteria.
Geology.com features a map with the biggest diamond-producing countries highlighted in green – and even at a quick glance, at least one major trend is easy to see: major diamond locations seem to follow roughly lines of latitude on the earth’s surface. As we have mentioned in a previous journal entry, diamonds often occur closer to Earth’s poles. That is to say, in southernmost and northernmost places, distanced from the equator, there are higher numbers of diamond mines. Good examples of this are Canada and Russia to the north, and South Africa and Australia to the south. Though there is a centralized “band” of diamonds closer to the equator, according to Ehud Laniado, these areas typically occur in lower quantities.

A GIA article on the geology of diamonds features a second map, this one highlighting the older and younger parts of the earth’s crust. When one observes this critically and compares it with the previous map, a secondary pattern becomes clear as well: diamonds tend to occur where the crust is older, and this is typically closer to the poles than the equator.

Russia
Russia is our first spotlight because of its clear prominence in the diamond world: as of 2014, it was the world’s leading exporter of diamonds in terms of quantity. That is to say, it had competition in terms of dollar value of diamonds exported, but in terms of sheer total carat weight, it was a clear frontrunner. The numbers say it all: in 2014, Russia exported more than 38 million carats of diamonds, for a startling total of nearly $4 billion. This was big news for Russia’s major diamond mining company, Alrosa.

Even for those who are not as well-versed in diamonds and diamond commerce internationally, the name De Beers may be familiar. The De Beers mining company is world-renowned and has been a perennial leader in exportation, marketing, and sales of diamonds for decades. The fact that Alrosa is gaining on them is certainly significant.

In the spirit of competition, we will continue to the biggest diamond mining location for rival De Beers:

Botswana
Though not as well known for sports or politics, the southern African country of Botswana is undoubtedly huge in the world of diamonds. It is barely 600,000 kilometers square, but Botswana rivals Russia in quantity of diamonds mined and surpasses them altogether in quality. A major reason for the large profit from diamond exportation that Botswana has seen is the presence of Jwaneng, ranked by mining-technology.com in late 2013 as the eighth-largest diamond mine in the world. Though eighth doesn’t sound too formidable, it’s not necessary the size of the mine that makes it so special and set-apart. The open-pit mine, opened in 1982, is significant because it is regarded as the richest diamond mine in the world. The combination of the quantity of diamonds in the mine as well as their quality is such that Jwaneng’s output accounts for 70% of the revenue of the Debswana company (as previously mentioned, a partnership of the De Beers company and the government of Botswana).
The National Jeweler has reported that together, Russia and Botswana mine half of the world’s diamonds.

Brazil: the Unsuspecting Diamond Exporter
If the rule of thumb is that diamonds are typically found in the northernmost parts of the northern hemisphere and the southernmost parts of the southern hemisphere, Brazil seems automatically out of the running – after all, the equator passes directly through it. However, the aforementioned rule of thumb applies mainly to diamonds that are mined directly from the kimberlite pipes and their surrounding area. Brazil’s diamonds, up to this point, have come from alluvial sources.
Alluvial mining is a different method than the extensive open-pit mining on which we’ve focused up to this point. In the case of alluvial mining, diamonds are not extracted by man from the earth; rather, the earth itself has already done most of the extraction work. Over millions of years, the diamonds now found in alluvial deposits have been transported, bounced around, and freed from much of their surrounding stone by the erosive properties of rivers.

Alluvial mining requires less in the way large-scale machinery, and it was, therefore, the method of choice for diamond mining for many years before industrial equipment was available. Many of the diamonds found in the legendary Golconda mines of India (such as the Hope Diamond) were found in alluvial deposits along rivers. When these Indian mines were largely exhausted, Brazilian diamonds entered the picture.
In the coming weeks, we will spend more time and effort exploring alluvial mining and how it differs from open-pit mining in terms of historical use, method, labor-intensity, and geological impact. 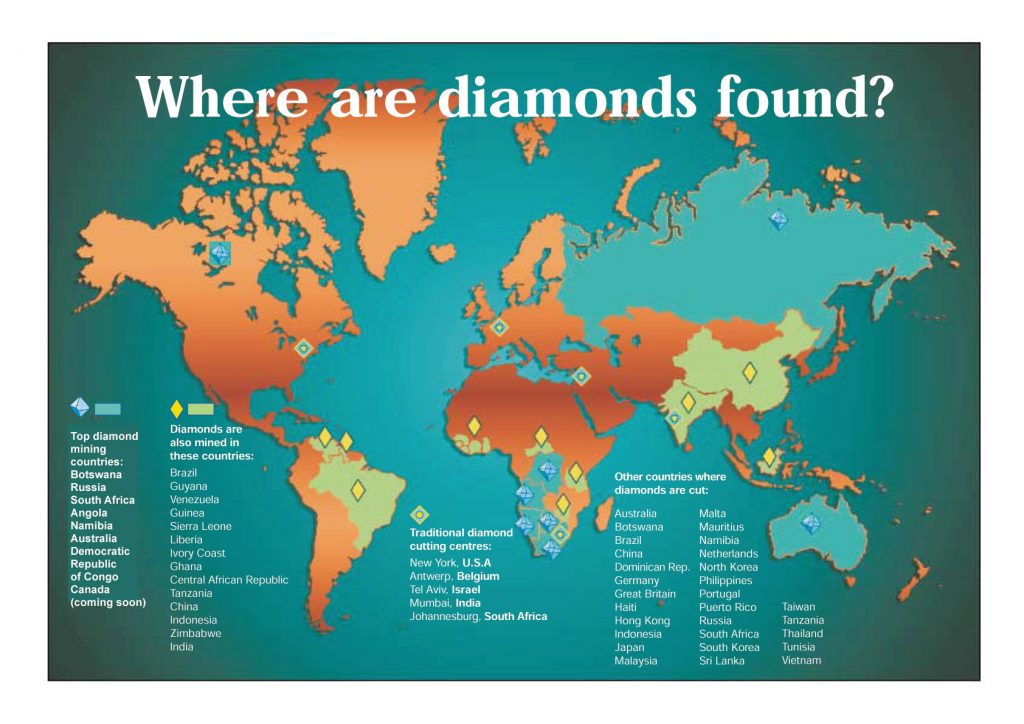